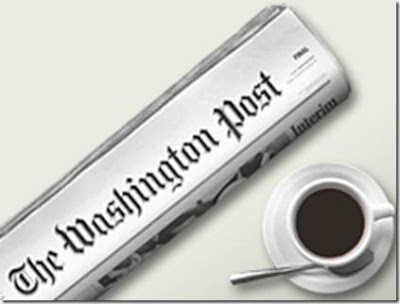 LOBBYING: Big health flexes its lobbying muscle. Democracy quiversIn finance as in health, public interest is tamed by unaccountable corporate interest. It was meant to be the other way round

In finance as in health, public interest is tamed by unaccountable corporate interest. It was meant to be the other way round

No American who voted for Barack Obama last November could have been in much doubt that he supported healthcare reform, that it would include a public scheme, and that he would make it a priority of his presidency. So why is the fate of the bill to realise his campaign promises now in such doubt, and why does it no longer, according to polls, command support from a majority of Americans?

The answer tells us a great deal not just about American politics, but about our own. The most determined, coherent and organised voices in any contemporary political debate are those of the corporate sector and its allies. It can afford the PR and advertising to change the terms of public discourse and it well knows that lies and half-truths – for example, that the NHS leaves the old and chronically ill to die, that 40% of British cancer patients don't see an oncologist, that Edward Kennedy would be left untreated in Britain for his brain tumour – can sow doubt in people's minds even if they are easily disproved. The corporate sector can also intimidate and compromise elected politicians.

In the first three months of 2009, healthcare companies donated $5.4m to the political funds of members of Congress, 60% of it to Democrats. Over the past six years, Max Baucus, head of the crucial Senate finance committee – which has not so far looked kindly on Obama's proposal for a public insurance option – has received $3.9m from the health industry. Though Baucus said in June that he would refuse further such contributions while the bill was going through, he still takes donations from lobbyists who represent healthcare firms.

Against such lobbying muscle, democracy is overwhelmed, as the former US labour secretary Robert Reich argued in his book Supercapitalism. Washington crawls with corporate money, and a politician or public official may turn out to be just a future lobbyist making contacts. According to Reich, more than 30% of retiring Congress members – as many Democrats as Republicans – become lobbyists. More than half the senior officials of Bill Clinton's 1993-2001 administrations became corporate lobbyists, including his deputy chief of staff.

In Britain, too, we are increasingly familiar with corporate donations to political parties, and with ministers, officials and aides becoming "consultants", "advisers" or company directors. Former health secretary Alan Milburn became a director of Covidien, a healthcare product provider, and adviser to Bridgepoint Central, a venture capital firm involved with financing private health firms. Patricia Hewitt, another former health secretary, became "special consultant" to Alliance Boots and adviser to Cinven, a private hospital and healthcare group. Sally Morgan, a Tony Blair aide, was subsequently a director of Southern Cross, the UK's largest care home operator, and an adviser to Lloyds Pharmacy. Is it any surprise that the arguments for greater private-sector involvement in the NHS get a better hearing in Westminster and Whitehall than most voters would wish?

In office, they and others may honestly claim they are acting in the public interest. But, to a remarkable extent, politicians now identify the public interest with the corporate interest. Taking on powerful corporations is a thankless task at the best of times; to do so when a corner of your mind must know the implications for your future career prospects requires exceptional courage and determination.

Whether present Labour ministers look forward to richly remunerated positions in the financial services industry I cannot say, but Jonathan Powell, Blair's former chief of staff, now works for Morgan Stanley. Given an unprecedented opportunity, ministers have utterly failed to bring the industry to heel. They have tolerated, with weak protests, the return of multimillion-pound bonuses for bankers. They have not acted on proposals to separate risk-taking investment banks from retail banks handling savings and mortgages.

Peter Mandelson let it be known that, during his week in charge, he would lobby the European commission to modify a directive forcing hedge funds to maintain higher levels of capital, cap debts and disclose more information.

As Reich puts it, "Democracy and capitalism have been turned upside down." Our democratic institutions do not regulate capitalism; rather, market institutions regulate democracy, setting the limits of the possible.

The point of democracy is to tame unaccountable concentrations of power. Yet, while governments are under constant scrutiny, banks can wreck the economy (and then demand taxpayer bailouts), supermarkets can kill town centres, oil companies can pollute the planet and, it seems, there is little we can do about it.

The failure to contain corporate power – or even, apparently, to want to do so – is New Labour's greatest failure. Mandelson can talk all he likes about trying to get more state schoolchildren from poor homes into university, but he remains – as his easy socialising with the Rothschilds and their set shows – intensely relaxed not only about the wealth of the filthy rich but also about their unaccountable power.

Now that nationalisation has been rejected, even as an aspiration, the left has no language and no ideas for dealing with corporate power.

For the sake of the 47 million Americans who lack health insurance, and the millions more who find their policies do not cover the most serious conditions, we should hope Obama gets his way. But there is no cause for complacency on this side of the Atlantic. As the chairman of the British Medical Association council put it in a letter to this paper yesterday, while Obama tries to move America towards the British system (albeit by a mere fraction), we risk "marching steadily away from a system of free, state-provided healthcare" towards the US model. The price of democracy is eternal vigilance against the encroachment of corporate interests.